About 5 years ago, I attended a workshop led by a doctor of osteopathy, or DO, who had been in family practice for years.  Over the years, his practice became mostly one dealing with very high risk patients, like those with heart attacks, strokes, obesity, poorly controlled diabetes, and hypertension.  During his presentation, he relayed a story about a phone call from that state’s largest insurer who was frustrated that he was ordering some of the most expensive diagnostic tests on every single patient in his practice, but amazed that none of his patients EVER had to be admitted for interventional procedures, like balloons or stints, or for diagnoses like heart attacks or strokes.  THOSE statistics completely blew me away, and I immediately began cutting back on some processed foods.  He’d described the diet information that he used to help patients improve their health, and I began to make some of those same changes.

I developed a “diet sheet” that I started using with my patients, and started helping them reduce some processed foods, breads, cereals, and sodas.  Over several months, many of these patients improved many markers of health, including their hemoglobin A1c, which is an index that we can use to determine the average blood glucose over the previous 90 days.

A normal A1c is less than 5 or 5.5, depending on which expert author you are reading today; an A1c of 5 tells us that the average blood glucose level over the previous 90 days is about 97.  That level is good because it means that high readings of glucose are not likely, and the pancreas is able to pump out plenty of insulin to help manage the glucose consumed in the daily diet.

When diabetes was first recognized, some researchers found that ants were attracted to the urine and feces of people stricken with this illness.  Therefore, it became known as an illness of urination and termed diabetes, which means siphon.  Later, the word mellitus was added as it means honey; diabetes mellitus was recognized to be an illness of diet and many strange attempts were made at treatment, including the “oat diet”, “potato therapy”, and a “starvation diet”.

In the 1920s, a Canadian physician began treating diabetes with a variety of medications and finally was successful with insulin; he was awarded the Nobel Prize in Medicine in 1922.  While they still had no idea about the actual pathways of illness that caused diabetes, pieces of the puzzle were coming together.  Over the past 100 years, diabetes has been one of the most common ailments studied; billions of health care research dollars have been used seeking causes, treatments, and medications to control it.

With all of the early evidence that there were problems with sugars – I mean, even ants were attracted to the waste products of humans afflicted with diabetes – it should have been an easy connection to a low intake of sugar in order to treat or manage the condition. To date, however, all of the dietary advice since the 1950s has used a low fat diet to treat diabetes.

However, over the past 10 years or so, many diabetes experts have begun to question the status quo; physicians, nurse practitioners, and nutritionists have begun using low carbohydrate diet plans to reduce blood glucose levels.  Dr. Eric Westman, at Duke University has been one of the most outspoken advocates of low carb eating.  Although he has published many research articles that support his dietary concepts, this method of eating has yet to be accepted by mainstream medicine.  Many others have produced YouTube Videos, blog articles, and even peer-reviewed professional journal articles, albeit small and less recognized arenas.

Part of the reason for the little fame for the low carb diet goes all the way back to the 1950s when the strong and overreaching personality of Ancel Keys forced opposing viewpoints to the low fat mantra back into the shadows.  He didn’t want any loud opposition to low fat guidelines, and during his next 30 years, he contributed to the loss of jobs of many researchers and experts; he also saw to it that some of his opponents lost research grant money, thus ending their careers.  That mentality continues today, mostly because all of healthcare agencies and the organizations that set our guidelines are all friends, colleagues, and co-researchers who are dependent on the government and organizations who provide funding for the research.  Yes, I know it sounds like a giant conspiracy theory, and in a way,  it is.  However, I truly don’t believe it started out this way.  I like to think that original founders and researchers had America’s best interests at heart.  It was only when government and big pharmaceutical companies went to bed with the food industry that untoward consequences made their way into the lives of regular Americans as disease, obesity, and poor health.

When Ancel Keys was offered a position on an early national nutrition committee, no one could have ever imagined the horrible effects that were to occur over the next 30 years.  While he really wanted to identify a major cause of heart disease, his research methods have since been called into question.  Much of his work has been called fraudulent and unethical, as research findings were released only in support of his opinion.  During recent years and with the advent of the internet and spread of information, more opposition has built against Ancel Keys’ work and a grass-roots effort to change the Standard American Diet (SAD) are occurring in towns and cities all across America.  Even the American Diabetic Association (ADA) recently came out in support of using a low carbohydrate diet as part of the management of diabetes.  Although the ADA hasn’t provided any guidance as to what constitutes a low carb diet, many patients and health care providers are figuring it out on their own.

Blogs, books, infomercials and YouTube videos touting the benefits and “rules” of low carb eating are springing up everywhere; Paleo, Ketogenics, Whole 30, and many other variations of low carb are quite popular on Facebook, Twitter, and other social media.  Patients around the world are taking control of their diabetes and their own health like never before in our nation’s history.

I believe it is time for health care professionals, especially NURSES, to take a stand and speak up for patients; as nurses, some of our most respected qualities are honesty and advocacy.  The goal of this blog is to provide open and honest information with the most current research on diet and nutrition to you, our families, friends, and most of all to our patients so that you can reverse illness, improve health, and enjoy a much longer and happier life. 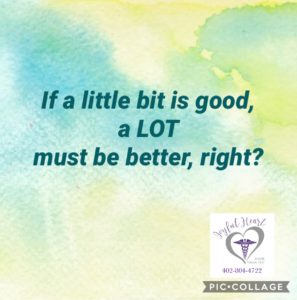 Metabolic dysfunction has become a challenge for many patients these days; with 2/3 of Americans overweight, and about half with insulin resistance, it seems none 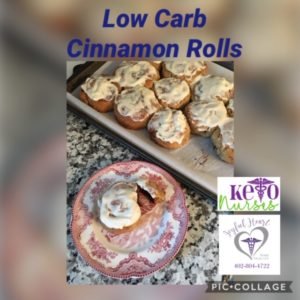 Y’all know I don’t write, publish, or encourage many sweet recipes, or substitutes for high carb treats because they tend to trigger increased cravings and

Breaking Down the Thyroid Basics

As you may know, many diabetics also have to deal with hypothyroidism, a condition where low levels of thyroid hormones cause a myriad of symptoms,