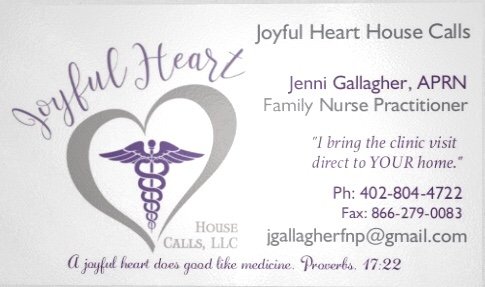 Where did the low-fat dogma originate?

So, what started the low-fat craze?  Having been in graduate school to become a family nurse practitioner, we learned to follow the “guidelines” about cholesterol. If a patient comes to us with high cholesterol, we are to implement “lifestyle” interventions. We were told to institute a low fat diet and prescribe statins (cholesterol lowering medications) if the low-fat diet didn’t work (which, of course, it DOESN’T work!)

However, there was never a mention of Ancel Keys.  We were not told the history behind the nutritional guidelines.  In fact, we were to read the government’s  Healthy People goals and told to utilize them in our work.  In retrospect, instead of critically thinking, it was almost as if we were being indoctrinated to a dogma and one with an unproven hypothesis!

It wasn’t until I became a practicing Family Nurse Practitioner that I realized low-fat diets and medication were not the answer.  In fact, I found medications actually caused more side effects and some patients felt that since they were taking cholesterol-lowering medications, they could eat whatever they wanted!

The low-fat diet is unpalatable and low-fat products are loaded with carbohydrates.  Thus, many who attempted to follow this failed miserably.  In addition, with the added carbohydrates, they gained MORE weight, became type II diabetic, and suffered with metabolic syndrome that leads to heart disease!

I found many of my patients to have an increase in their blood sugar, muscle aches and memory loss from statin medications.  This was a catalyst for me to delve into research.  I was not comfortable mindlessly “following the guidelines”.  I became interested in ketogenic nutrition and started to follow this way of eating.  I felt 100% better, had more energy, found that my arthritis did not flare and lost 40 pounds!  My lipid levels are wonderful.

I investigated the beginning of the low-fat craze to find a researcher named Ancel Keys.  He became convinced that Americans were suffering from heart disease from eating too much saturated fat.  He developed the hypothesis (which is an UNPROVEN idea) that saturated fat causes heart disease. He was totally WRONG, as you shall see.

Scientists who suffered at the hands of Ancel Keys…

E.H. Peter Ahrens of Rockefeller University in New York City was an expert lipidologist.  He was known for being very meticulous in his research.  During this time in history, the 50’s, most scientists were concerned with serum cholesterol.  Ahrens tried to open dialogue to point out that cholesterol was not the end-point in heart disease and he suggested that carbohydrates might be contributing to obesity, diabetes and heart disease.  Ahrens predicted the low-fat diet would lead to unintended and very unhealthy consequences. He was absolutely correct!

Ahrens focused on triglycerides (molecules made of fatty acids circulating in the blood).  He performed experiments to separate out triglycerides from the blood from 1951 to 1964.  In each of these clinical studies, when carbohydrates replaced fats in the diet, triglycerides consistently rose.  He worked with a physician at Yale University and compared the triglyceride and cholesterol levels of heart patients.  They found high triglyceride to be far more common in heart patients than high total cholesterol.  Several researchers confirmed this over the next decade.  However, it fell on deaf ears.  He continued to caution his colleagues on the dangers of carbohydrates.

Keys was known as a scientific bully, arrogant and relentless in disparaging any scientist who opposed his ideas.  George Mann, a Vanderbilt biochemist, and associate director of the Framingham Heart Study, was a prominent scientist ridiculed by Keys.  Mann studied the Massai in Africa whose total cholesterol levels were among the lowest in the world.  Mann noticed the diet of the Massai people to be high in fat, yet they did not suffer from obesity, diabetes or heart disease.  Keys dismissed this study and commented that the “peculiarities of those primitive nomads have no relevance”.

After Mann spoke out against Keys’ diet-heart hypothesis, his career took a devastating turn. He was barred from the American Heart Association publications, journals would not publish his work, and research grants were canceled. He is one of MANY who suffered from speaking out against Keys’ flawed research.

Mann admitted that the Framingham Heart Study ultimately concluded that the more saturated fat a person ate, the lower their cholesterol and weight. Moreover, 50% of the patients who had heart attacks had cholesterol levels BELOW normal.

A generation of research on the diet-heart question has ended in disarray….a misguided and fruitless preoccupation—George Mann

The American Heart Association and the National Institute of Health accepted Keys’ hypothesis and gave it strength.  Researchers who questioned it were barred from membership to the AHA, lost research funding and suffered career setbacks. Yet, this very hypothesis is just that—an unproven idea.

In 1956, Keys embarked on his study.  He wanted to show that a diet high in cholesterol resulted in cardiac disease.  Keys cherry-picked his data and excluded countries that did not fit his idea.Keys claimed his study revealed that heart disease was highest in countries where fat consumption was highest.  Keys purposefully left out countries where people eat a lot of fat, but have very little heart disease, such as Holland and Norway.  He left out Chile, which showed fat consumption is LOW, but heart disease is HIGH.  This highly flawed study gained enormous media attention and had a major influence on the diet of all Americans…to their detriment.

In order to reverse the epidemic of heart disease, a 1977 committee, led by the U.S. Senator George McGovern, instituted the first dietary goals for the country. McGovern, without any medical education, chose to focus on the research of Ancel Keys. The low-fat dogma began. These guidelines received massive criticism by many respected scientists.  The American Medical Association was against them as were many scientific professionals. Americans were told to eat less fat and more complex carbohydrates.  The guidelines were chosen by the United States Department of Agriculture.  How interesting as they are in the business of selling grains.

The American Heart Association (AHA) was founded in 1924.  It started out as an underfunded organization.  Proctor and Gamble, in 1948, offered to give the association all their funds from the radio show Truth or Consequences.  This opened up vast avenues for publicity and research.  They eventually hired a Bible salesman who devised a very successful fund-raising campaign.  By 1960, the AHA attained esteemed status in the media and medical community and invested millions of dollars in research.  At this point, they did not agree with Keys’ low fat recommendation.

By 1961, Keys and his colleague, Jeremiah Stamler, a physician from Chicago, joined the U.S. Nutrition committee.  Neither one had any training in nutrition, epidemiology or cardiology.  However, Keys was a master of persuasion and managed to persuade the AHA that the diet-heart hypothesis about cholesterol intake should be center stage.  The AHA adopted this hypothesis and suggested Americans cut their intake of saturated fat and cholesterol.  They advocated polyunsaturated fats, such as soybean and corn oil (so inflammatory, as we know now!)

Unfortunately, money talks. Studies illustrating NO causation between heart disease and saturated fat were available, but the food and drug industry has ways to keep these studies from the public. Many studies have been conducted that clearly illustrate NO association between intake of saturated fat and heart disease.  For instance, William Zukel, a researcher, headed to North Dakota to examine patients who suffered a heart attack.  He identified 228 cases with detailed diet and lifestyle data.  He found that smoking was a factor, but could not associate intake of saturated fat with heart disease.

An Irish study examined 100 men under the age of sixty who had a heart attack.  They did a detailed account of diet.  There was NO association between intake of saturated fat and heart disease.

F.W. Lowenstein, in 1964, as medical officer for the World Health Organization, obtained every study about men who were free of heart disease.  He found NO correlation between intake of saturated fat and heart disease.

Credible scientific journals published the above.  However, those who support the Keys’ hypothesis always found a way to discredit these research studies. This continues today.  The pharmaceutical and food industries do not want us to find the truth.

Keys’ research has been discredited.  We are now seeing the result of years of Americans living the low-fat mantra and suffering with type II diabetes, obesity and heart disease.  We can help you change this—one day at a time.

I highly recommend Nina Teicholz’ book, The Big Fat Surprise.  It is well-researched and will give you an extensive background to the corruption in the research that has led us to an epidemic of obesity, type II diabetes and heart disease.

If you have any questions, please do not hesitate to ask us!

I want to add a link to a study. Read the “conclusion”. It clearly states there is no association between eating saturated fat and heart disease! What the researchers DO state is that what is used to REPLACE fat in low-fat products may be the culprit. All low-fat products ADD carbohydrates to make the food taste better. 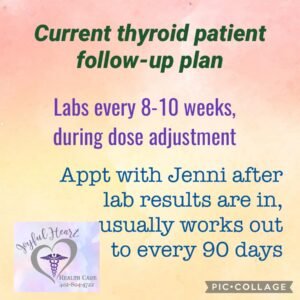 THIS specific blog article is written to help health care providers better understand iron and ferritin, especially from a more functional perspective.  THIS INFO is 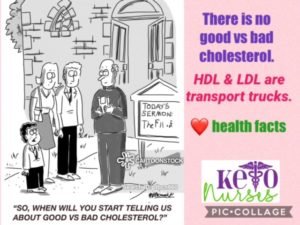 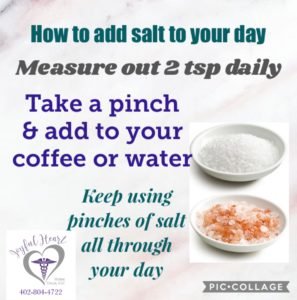 DISCLAIMER:  The information provided in this article and on the Joyful Heart & KetoNurses blog should be taken as basic education & general information, and